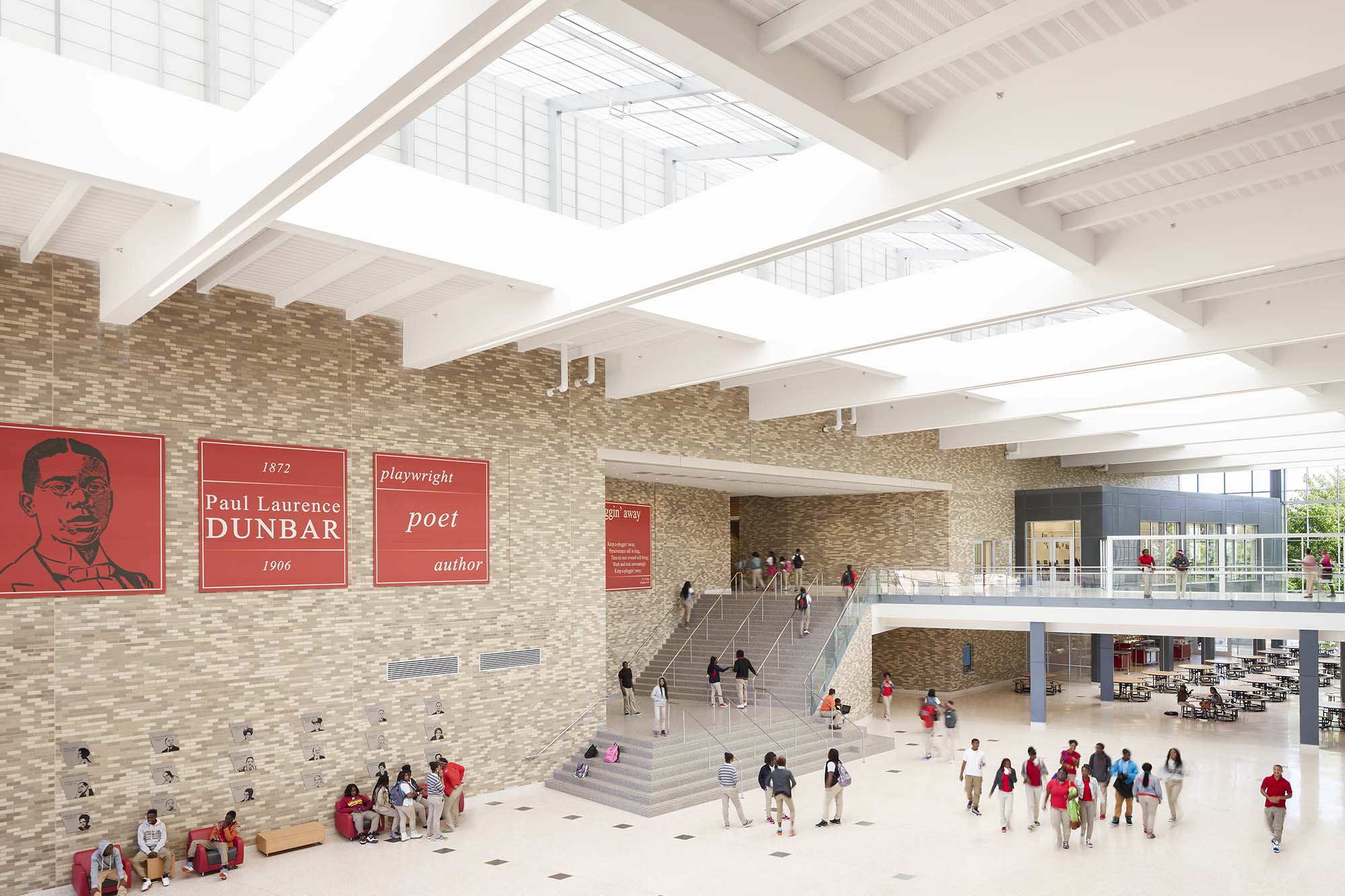 The delivery of the project was planned as a hybrid design-build with a 22-month schedule. The team experienced multiple delays as the project began and McKissack creatively mitigated them to deliver the project on-time.
Download PDF

The first delay surrounded the lack of available parking and its impact on the community. District of Columbia Public Schools determined that the location of parking was to be changed to an underground parking structure for 64 cars. This program change initially delayed the completion date by two months. McKissack began the mitigation of delays by directing the breakdown of packages as well as the issuance of permits allowing other elements of the construction to move forward while the re-design was taking place. By phasing the early packages, McKissack was able to commence construction on time while the design and permitting of the underground structure took place.