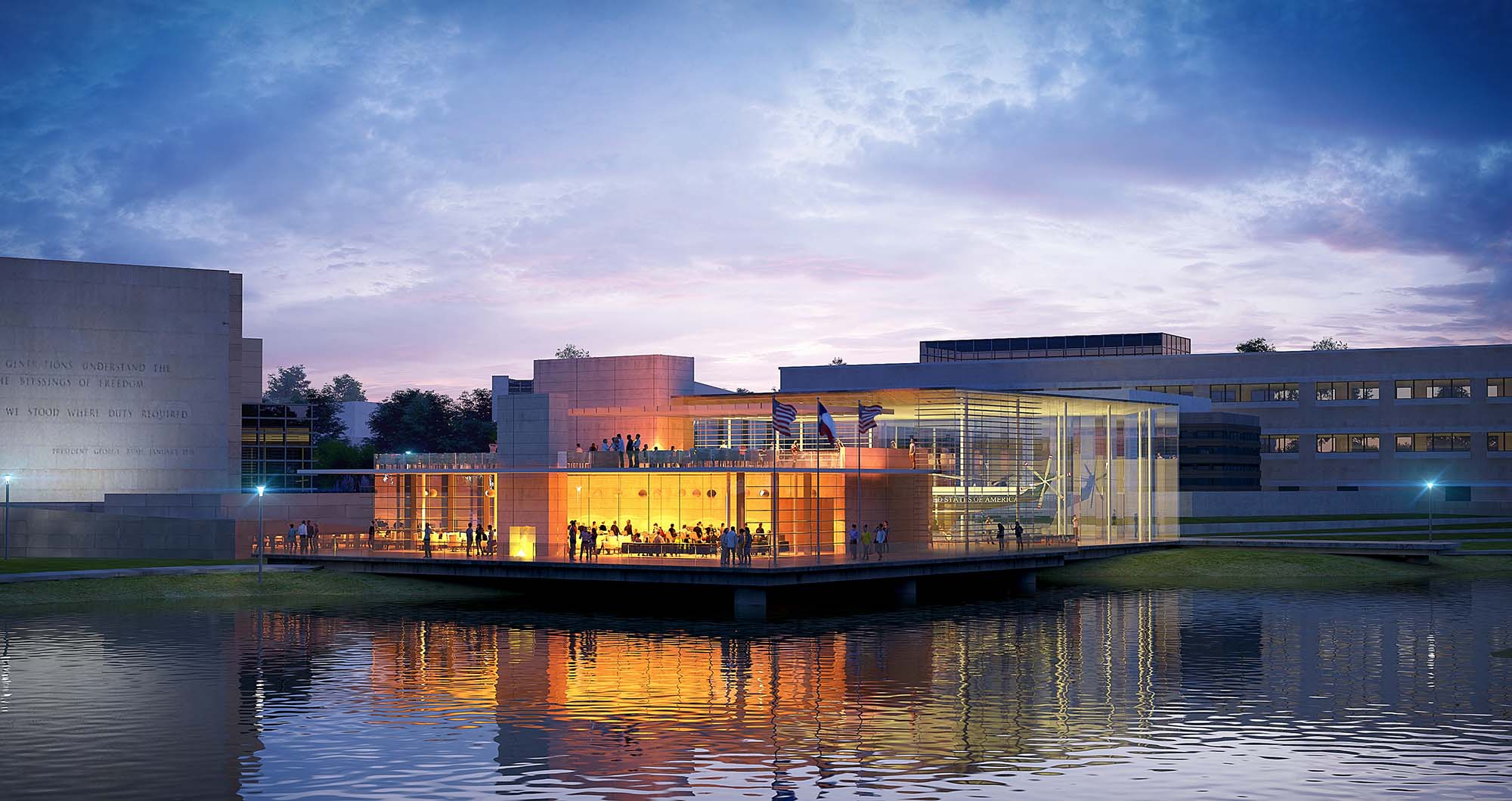 Presidential libraries and museums are treasure troves for the American public. They help us, and visitors from all over the world, understand the workings of U.S. government, the character of its leaders and the colorful, exciting scope of U.S. history. The challenge of landmark design in a presidential library and museum is to create interactive public spaces that further its mission and enhance the public’s user experience.

With this mission in mind, McKissack & McKissack was asked to work on several museum design projects to ready the George H.W. Bush Center for its 100th anniversary celebration in 2024 of the 41st president’s birth. The landmark center in College Station, Texas is part of the National Archives system of 15 privately funded presidential libraries that archive and preserve presidential papers, audiovisual assets and objects that otherwise would have been scattered among heirs, collectors and historical societies.

James Cheek, president emeritus of Howard University and a trusted Bush adviser, introduced Deryl McKissack to Bush during his 1988 presidential campaign. Bush “was a tall, good-looking guy,” Deryl recalls, “and I respected the compassion and generosity of his Points of Light approach.” The McKissack founder and CEO was moved by Bush’s 1989 inaugural address asking the nation to take on “a new engagement in the lives of others, a new activism, hands-on and involved, that gets the job done.”

Years later she advised the Bush center team not as a political project but in the spirit of Bush’s call to service. The Bush connection grew to include several pro bono initiatives and was strengthened in 2018 when McKissack was hired to design the center’s centennial updates. Ironically, it’s about the same time when McKissack & McKissack was named to the project management consortium of the Obama Presidential Center, which breaks ground this fall. Landmark design is a nonpartisan endeavor.

At the Bush center, McKissack brings an informative and interactive approach to design services on multiple exhibits scheduled for completion by 2024. While a cohesive site plan has been years in the making, the museum will incorporate several significant Bush artifacts on its grounds to give visitors greater insight into Bush’s time in office and America’s history during his administration. It will also add a café and gift shop to enhance the visitor experience.

Bush was a decorated naval pilot and a train enthusiast, so it’s fitting that our museum design projects relate to transportation—and a delight for our design team, which has been long involved in aviation and transit projects. In March, the Union Pacific locomotive in Bush’s funeral train returned to College Station as a future museum exhibit; McKissack will design an outdoor pavilion to display the commemorative train engine.

For now, the Union Pacific No. 4141 pavilion is the most public and poignant part of the project. President George H.W. Bush loved trains from the days he traveled with his family as a child. “We just rode on the railroads all the time,” he once said. “I’ve never forgotten it.” He briefly served as engineer on the No. 4141 train, which the railway commissioned in his honor. Fittingly, the Union Pacific No. 4141 Commemorative Locomotive carried his body from Houston to College Station, his final resting place.

The 4,300-horsepower locomotive is currently on a concrete pad near the museum’s entrance. The pavilion will be built around the locomotive, designed as a minimal, open-air structure, with a video and granite panel-inscribed wall. Putting the No. 4141 locomotive on display will help the public realize the part trains play in American political history. Trains are part of a solemn tradition of presidential funeral processions dating to Abraham Lincoln.

Trains are, in fact, integral to presidential politics. They allow presidents and candidates to get closer to voters and constituents and carry a heavy dose of nostalgia. Presidents Nixon, Carter, Reagan, Clinton and Obama have leveraged rail travel for political purposes, as well as both George H.W. Bush and George W. Bush. President Biden famously rode Amtrak trains between Washington and his Delaware home throughout his 36 years in the Senate.

A Protected Place in the Sun for Marine One

Joining the train exhibit on the Bush museum grounds will be the Marine One helicopter used by George H.W. Bush during his White House years. Now retired, it will be housed in a glass-enclosed structure affording views of the aircraft from a variety of perspectives on the campus with ultraviolet filters screening the vehicles from the Texas sun.

The Marine One helicopter will be delivered this year from the White House fleet commissioned in the 1970s. The choppers carry presidents to their Maryland retreat, Camp David and to Air Force One flights at Andrews Air Force Base. The pavilion and café will share a new building near the locomotive. Like the locomotive, the helicopter will be covered for protection until the pavilions are erected.

The Bush and Obama projects are not McKissack’s first forays into landmark design and construction. McKissack’s landmark portfolio includes the National Museum of African American History and Culture; the National Mall’s MLK, Lincoln and Jefferson memorials; and the Obama Presidential Center, currently in progress.

Once the project is completed, attendance is projected to increase dramatically. But more significantly, it will offer visitors insight into Bush’s presidential activities and impact. As the Bush centenary approaches, we’re honored to be a part of an initiative to significantly improve the Bush museum’s user experience and further its mission to promote civic literacy and understanding of our national experience.