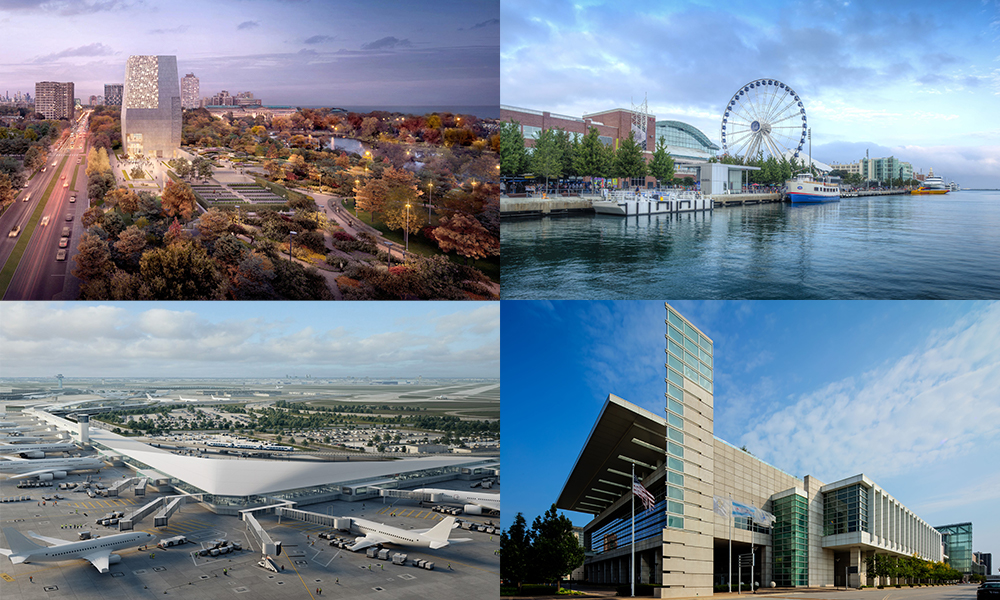 Working as an MWBE in Chicago’s AEC Industry

Everyone’s heard of the Obama Presidential Center, Navy Pier, O’Hare International Airport, McCormick Place West and the Chicago Public Schools. But few people realize that we’re the program- and construction-management firm behind these high-profile projects. Or the design force behind ComEd’s office and People’s Gas substations.

For more than 20 years, our reach has extended far beyond the Washington, D.C. metro area and Mid-Atlantic states. While I’ve split my time between my places in the Windy City and Washington, D.C. since 2000, the area code on my phone is 312. And for good reason; we have a robust roster of significant Chicago developments and each one of them is a passion project.

Being an entrepreneur is risky business—especially a female entrepreneur in the male-dominated architecture, engineering and construction industry. The numbers say it all: 70% of startups fail by their 10th year. And for those of us lucky enough to be successful entrepreneurs, the risks increase exponentially as we add offices and employees to our rosters.

That’s why I thought long and hard about where to open my second office in 2000, just as McKissack celebrated its 10th anniversary. Our first office in Washington, D.C. was a natural progression for me since I matriculated at Howard University. I wanted our second office to bein a place that offered us the same kind of authentic connections, diverse culture and opportunities as Washington, D.C.

Chicago offered us natural synergies. My first cousins already lived there, so I had a wide network of family and friends to call on for introductions. Chicago was, and will always be, a fascinating and always morphing melting pot of culture and race. And our expertise working on large public systems—from housing and schools to infrastructure and aviation—fit Chicago needs.

An introduction to Michael Scott, then president of the Chicago Board of Education, made us aware of upcoming renovation projects at CPS and we won a long-term program and construction management contract to update dozens of school facilities. More gratifying to us is the fact that CPS is still a client today; we are passionate about public schools and completed an equally significant modernization program for the District of Columbia Schools recently.

Michael Scott was kind enough to introduce us other key leaders and stakeholders, which gave us a strong foundation to build business in Chicago. During our first year, we won a $1.6 billion, decade-long, program management project for 17,500 Chicago Housing Authority units; it was the first time a minority firm was given a prime contract by CHA. Also that year, we began work on the O’Hare Modernization Program—a project that’s still going strong and scheduled to be completed in 2023.

Within our first decade in Chicago, we also added Exelon to our client roster, refreshing the ComEd CEO’s downtown Chicago office. Since then, our partnership has flourished and expanded to other Exelon companies, including BG&E in Baltimore and Pepco in Washington, D.C., where we designed five urban substations that earned unanimous community approval.

Success is the best kind of calling card for any business, and our early achievements in Chicago put us on right path. Our strategy to establish ourselves with large public clients such as CPS, CHA and the Chicago Department of Aviation not only helped us break barriers as a MWBE but led us to fulfilling, purpose-driven work. Today, we have a robust roster of significant Chicago developments that are equally meaningful and rewarding, and each one of them is a passion project.

For example, I never thought anything could top my excitement when we got the call to work on the National Museum of African American History and Culture; the 2016 call to work on the Obama Presidential Center (where we just finished up our five-year program management role) proved me wrong. So did our work on the Navy Pier Centennial Vision Projects, especially the new Ferris wheel, almost 200 feet high and the second-highest in the U.S. Best of all, it features enclosed, climate-controlled gondolas for year-round rides.

But nothing gave our Chicago team—35-strong and growing—a greater sense of accomplishment than watching the first flight take off from O’Hare Runway 9C-27C at the height of the pandemic last fall. While we were equally thrilled when we joined Mayor Richard M. Daley in person to watch the first flight take off on the first completed runway, it was far more poignant this time around. That’s because had all been working through the pandemic and didn’t miss a beat, despite COVID constraints, to get this last runway up and running.

Yet those projects are only a small part of our Chicago portfolio today, which is chock full of compelling, high-stakes PMCM, design and infrastructure projects. Now we’re working even more furiously 24/7at O’Hare, still under COVID restraints, as part of the team on O’Hare 21, the Terminal 5 expansion project.

And Chicago’s power system would be compromised without our recent work for Peoples Gas—a 5-year, $300 million newbuilding and renovation program involving multiple sites that is just finishing up in 2022. We provided development assistance and design and construction management services for a master development plan; renovated two aging facilities; and planned, designed and constructed five new state-of-the-art facilities spread over 500,000 SF in a design-build arrangement.

While there’s nothing more important than power, schools and housing, we were beyond proud to provide construction and project management services for McCormick Place West in 2003, making North America’s largest convention center not only larger but also more sustainable as it added a “west wing” that became the nation’s largest new construction building to attain USGBC LEED certification.

From our work at McCormick Place we went onto do extensive work in this burgeoning area on Chicago’s Near South Side. We helped renovate and enlarge the Hyatt Regency McCormick Place Hotel in their recent expansion project; provided construction management services from preconstruction through closeout for the brand new 4-star Marriott Marquis Chicago; and did project oversight and management for the 10,000-seat Wintrust Arena, home to DePaul University’s celebrated Blue Demons basketball team.

These are just a sampling of the Chicago projects we’ve realized and are working on now. But they represent who we are: We want to work on meaningful projects that are transformative for cities and their residents. No place is this more evident than in Chicago, where we are about to start several significant projects we can’t talk about until contracts are signed. So stay tuned. But for now, know that we are proud to have two corporate offices in such vital, diverse cities.